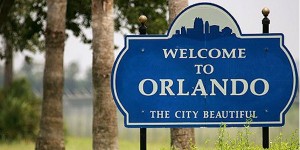 Today was a very tough day. I woke up to the news that a gunman had opened fire on the Pulse Nightclub in Orlando, my former home. The first report I read indicated that more than twenty people had been killed, but fairly quickly, that number rose to fifty, with fifty-three others injured. What horrible, horrible news.

Throughout the day, I read reports of the shooting, heard calls for a ban on assault rifles, as well as the predictable backlash from those who oppose more restrictive gun laws. It didn’t take long before well-meaning people on both sides of the issue were arguing and calling each other names. Everyone thinks they have the answer to prevent future tragedies, and I have no doubt that everyone wants what’s best for their loved ones and for the country, but the vitriol on both sides saddened and disappointed me.

It would be really easy to look at the situation that is still unfolding in Orlando and get discouraged. I hate what has happened, yet I can’t help but notice the way this tragedy is bringing people together from all over Central Florida, as well as from around the world.

I know there can be love and beauty in the midst of hate and ugliness. I’ve seen it before, and I saw it today in Orlando. Somehow, we must to find a way to accentuate the love and magnify the beauty. We cannot allow the enemy to win. We must build something good out of this horrendous situation. It’s up to each of us. We can either be weak and hopeless, giving into our fears, or we can be strong and hopeful, knowing that we have the power to create a better world. I choose the latter.