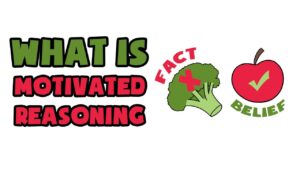 For some time, I have been trying to understand people who support former President Donald Trump. To me, Trump is a lying, conniving, corrupt politician who leads a movement dedicated to destroying American democracy. Yet, I have friends and family members—people I like and respect—who not only supported Trump as president, but continue to support him even after the revelations of corruption and illegal activities came to light (and continue to come to light) following his defeat in the 2020 presidential election, a defeat that many of these people still don’t believe.

My attempt to understand these people has less to do with Trump than it does with the phenomenon of good people believing and spreading lies and misinformation. I see Trump for who he is. He is not a mystery to me. What is a mystery is how people I know—intelligent, successful, well-meaning people—can fall for his lies, excuse his bad behavior, and continue to support him no matter what he says or does. That’s the thing I have never been able to understand.

I recently came across a term from the field of psychology that helps to explain the confusing behavior of my friends and family members. The term is “motivated reasoning,” and it’s a real eye-opener.

Motivated reasoning is a phenomenon that uses emotionally biased reasoning to produce justifications and make decisions that are most desirable rather than those that accurately reflect the evidence.

“One of the most significant ways information processing and decision-making becomes warped is through motivated reasoning, when biased reasoning leads to a particular conclusion or decision, a process that often occurs outside of conscious awareness.”

In applying this concept to politics, Psychology Today goes on to say:

“Studies by political psychologists highlight denial of climate change or discrediting its science as important examples of motivated reasoning; people process scientific information about climate shifts to conform to pre-existing feelings and beliefs. After all, accepting that climate change is real portends unpleasant environmental consequences and would require most people to head them off by making significant changes in lifestyle. Changing one’s mind and changing one’s lifestyle are hard work; people prefer mental shortcuts—in this case, having the goal fit their ready-made conclusions…[Motivated reasoning] is seen as a mechanism people commonly use to preserve a favorable identity, particularly in Western cultures. To maintain positive self-regard, people (unwittingly) discount unflattering or troubling information that contradicts their self-image. Individuals engage in motivated reasoning as a way to avoid or lessen cognitive dissonance, the mental discomfort people experience when confronted by contradictory information, especially on matters that directly relate to their comfort, happiness, and mental health. Rather than re-examining a contradiction, it’s much easier to dismiss it.”

This is exactly the behavior I’ve witnessed with my friends and family members. They see the same things that I see when it comes to Trump and his anti-democratic, pro-authoritarian behavior, but they dismiss anything he does that goes against their values and beliefs. For them, Trump didn’t encourage and provoke the January 6 insurrection (despite loads of evidence to the contrary). He didn’t sexually assault any women (despite his own confession). He won the 2020 presidential election and had it stolen from him (despite not a shred of evidence to support this belief).

Julia Galef, co-founder of the Center for Applied Rationality, does a great job of explaining motivated reasoning in this Ted Talk (see below) from 2016. She uses the idea of soldiers and scouts to make her point. Soldiers accept their orders to kill the enemy and are motivated to carry out those orders without questioning the truth that led to the orders. Scouts are more concerned with gathering information. In order to do their jobs effectively, they have to question all of the data they are gathering in order to get to the truth. Their motivation is different than soldiers.

Many of these same people who dismiss Trump’s bad behavior also fall into the “anti-vaxx” category: those who dismiss and disbelieve the best scientific opinions on COVID-19. Recently, podcaster Joe Rogan interviewed Dr. Peter McCullough, MD about COVID. McCullough is a well-respected doctor who has consistently been opposed to vaccines as a way to immunize the country from COVID. The podcast gained a great deal of traction, primarily because McCullough parroted much of the misinformation the anti-vaxx community already believes.

Dr. Zubin Damania, MD, did an excellent job of breaking down McCullough’s biased, misinformed beliefs in the attached video (It’s long but very informative). One of the strongest parts of the video involved the tools Damania used to analyze McCullough’s arguments to determine if they were based on facts and evidence or bias and misinformation. These very same tools are useful when dealing with any argument or controversial position.

The first thing to look for is, is a conspiracy being alleged? If the argument is based on a conspiracy rather than hard facts or scientific evidence, it almost certainly is misinformation. It’s not that conspiracies don’t exist. But most claims of conspiracy, especially widespread conspiracies involving large groups of individuals, governments, and corporations, designed to nefariously hide the truth, are extremely, extremely unlikely. The larger the conspiracy, the less likely it is real.

A good example of this is the anti-vaxxers appeal to a “New World Order” being behind the push to force people to get vaccinated so this NWO government can control and enslave us. Anti-vaxxers portray themselves as a persecuted minority fighting to spread the truth to the rest of us, who they view as misinformed sheep, in an effort to save the world. This is an unfouded conspiracy.

The second tool or indication that someone is dealing in misinformation is if they set up impossible to meet expectations, and every time evidence is presented to debunk their claim, they move the goalposts. They refuse to consider any viewpoint other than their own, and they constantly make excuses when facts or evidence are presented that weaken or destroy their argument.

The next tool is cherry picking facts or data to support an argument. Anti-vaxxers consistently support groups like America’s Front Line Doctors even though the doctors involved are not experts when it comes to COVID, and are an outlier group, far outside the mainstream of the medical community.

Likewise, they often point to research studies that are badly flawed and often repudiated by other, more well run studies. They dismiss the more credentialed doctors or the more relevant studies in order to not have to abandon their arguments.

As Dr. Damania says, “You can always find something to confirm your bias.” However, if the argument requires cherry picking data and dismissing better, more relevant facts, you’re likely dealing with misinformation.

Appeals to fake experts (or false authority) is another indication that the person making the appeal is dealing in misinformation. What is a fake expert? It’s usually someone (or a group of people) who is not qualified to make the arguments they are making.

For instance, a few times during his interview with Joe Rogan, Dr. McCullough used Dr. Pam Popper and Robert F. Kennedy, Jr. as support for his arguments. What he didn’t say is that Popper is a naturopath, not a medical doctor, and Kennedy is a lawyer and a long-time anti-vaxxer who’s vaccine conspiracies were discredited by the medical community long before we ever heard of COVID. Popper and Kennedy are fake experts, and represent a fringe minority that is at odds with the vast majority of true experts.

Finally, people dealing in misinformation often set up logical fallacies involving internal contradictions. In a previous post, I wrote about a conversation I had with Adam Gaertner, an independent virology researcher. One of Adam’s arguments was that a conspiracy between world governments and “mega-corporations” was designed to enslave humankind, keeping us sick and replacing us in factories with automation, so the “mega-corporations” could maximize their profits. Of course, this argument falls apart the minute logic is applied. If humankind is too sick to work, and we are replaced by automation, who are the “mega corporations” going to sell their goods to? The claim falls apart due to it’s own internal logical contradictions.

So, that brings us back to my Trump-loving friends and family members. I have to admit, I have a soft spot for these people. Other than their support for Trump, everything I know about them tells me that they are good, genuine, well-meaning people. So, I tend to be a bit defensive toward them.

Think about it this way: Every day, they are being lied to. During Trump’s term in the White House, he lied incessantly. According to the Washington Post, by the time Trump left office, he had told 30,573 documented lies.  That’s an average of 21 lies told by Trump each day during his presidency. That’s amazing! As Trump supporters, my friends and family members were prone to believe what he was saying.

Also, as Trump supporters, most of these people turn to Fox News or other right-wing media outlets to get their news. And every day, these outlets misinform their viewers, spinning news to favor Trump, and at times fabricating stories, telling outright lies designed to confuse and incense the very people who turn to them to be informed.

Adam Serwer, writing in The Atlantic, took Fox News to task for lying to their viewers. He wrote that, although Fox News hosts were blaming Antifa and BLM for the January 6 insurrection, claiming it was being overly dramatized by the media, and contending that those arrested  following the insurrection were “political prisoners,” behind the scenes,  those same hosts were texting Trump’s Chief of Staff, Mark Meadows, with language making it clear that they knew Trump encouraged the insurrection, and those that carried it out were not Antifa or BLM, but Trump supporters. In private, they reacted to what they knew to be the truth, but in public, on the air, they purposely lied to their viewers. According to Serwer, this type of two-faced behavior by Fox News is par for the course.

“The [text] messages also highlight Fox News’s unusual relationship with its audience, which involves the conservative media’s most trusted figures consciously lying to their viewers. The texts between Meadows and the Fox News hosts are hardly the only example of the network’s personalities deliberately misleading their audience: From downplaying the deadliness of COVID to making misleading assertions about the effectiveness of the vaccines, to advancing the false claims of voter fraud that helped motivate the riot in the first place, Fox and its satellites have shown little hesitation in exploiting the confidence of conservative viewers who are convinced that the network is one of the few trustworthy outlets in a media landscape they regard with fierce hostility.”

Of course, I can’t in good faith blame just Trump or the right-wing media cartel for these lies. My friends and family who supported Trump and tuned into Fox News and the other misinformation factories have to take some responsibility. After all, they have personal agency and possess critical thinking skills. If they want to know the truth, it’s out there, and it doesn’t take all that much effort to find it. Why don’t they? Motivated reasoning. It’s not a complete excuse for my friends’ and family members’ belief in the unbelievable, but it does help explain how they have been able to fool themselves.

I may be a cock-eyed optimist, but I still hold out hope that people will come to their senses and will turn their backs on Trumpism and the authoritarian future it is pushing us toward. Even so, I’m not holding my breath. Motivated reasoning is a powerful phenomenon, and many of these people simply don’t want to know the truth.