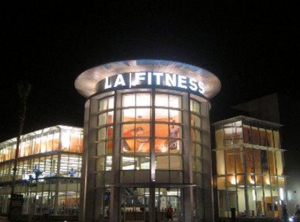 Generally speaking, I’m not one to go online to complain about things going on in my life. There’s enough negativity in the world. I’d prefer not to add to it. Even so, I’ve run into a problem I’d like others to know about. It’s a ridiculously unnecessary situation that a big corporation is using to unethically siphon money from its own customers.

Our story begins in 2018 when I joined LA Fitness. I wanted to start working out again, and I also thought I might start playing racquetball, a sport I hadn’t played in nearly 30 years, but which I used to really enjoy.

Signing up was easy. I just gave the staff at LA Fitness my information (including a credit card), and just like that, I was a dues paying member at one of the countries biggest training facilities. At the time, I was told that there was no contract and I could cancel my membership at any time.

I used my membership infrequently. I worked out a few times, and I played racquetball a dozen or so times over the course of 12-18 months. Even so, the payments kept coming out of my back account, including a $41 charge six months after I joined that I was never told about. I’ve since learned that the charge is an annual fee, but no one has been able to explain why I’m being charged an annual fee or what benefit it provides me. It appears to just be a money grab on the part of LA Fitness.

Fast forward to April, 2019. I had been thinking about cancelling my membership for a few months, but hadn’t done anything about it. Then, my debit card information—the card I used to pay the LA Fitness membership—was stolen as part of a data breach at another company. As a result, my bank had to issue a new card. So, on May 5, when LA Fitness tried to run my old card, it was declined. The troops at LA Fitness went into Defcon 5 mode. They began calling on May 3 (They must try to run the card a day or two before the payment is due), and continued to call three to five times a day, including on evenings and weekends. They were desperate to get my May payment. Over the course of the next week, they called a total of twenty-four times.

During one of the early calls, I spoke to a staff member from my home club and told her I was traveling, but would take care of the payment as soon as I returned home. I actually could have given her my new card number right then, but I wanted to review my bank account first to see when the $41 was deducted so I could discuss it with her. At the time, I didn’t know it was an annual fee. I also wanted to talk to her about cancelling my membership, since I rarely use it, and I’m getting ready to move away from my home club.

Despite my discussion with the staff member from my home club, the calls continued. Today, I called LA Fitness and was told that the $41 I was charged (in addition to my monthly membership fee) was for the annual fee. She could not explain the annual fee other than to say it’s charged annually on all memberships.

I wasn’t going to argue. If every member is charged an annual membership fee, there’s no reason I shouldn’t be. I wish the staff person that signed me up would have been up front with me about the charge, but I didn’t see any reason to bring that up during my phone call.

It’s important to point out that LA Fitness has a very nice website where, with the click of a button, you can join the club, reserve a racquetball court, sign up for hot yoga, or join a Pilates class. It’s a very user-friendly site with tons of functionality, and apparently no security concerns. What you can’t do on the website is cancel your membership. You can only do that by sending a hard copy of a cancellation form to a P.O. Box in Irvine, CA. And, as I’ve found out from reading other complaints on the Interwebs, LA Fitness has one of the worst mail handling operations in all of corporatedom. They tend to lose mail at an alarming rate. And that lost mail is primarily cancellation forms.

If you’re interested in reading about others who have been scammed by LA Fitness, Google “LA Fitness Cancellation Fraud” or simply take a look at these websites:

The Scam That Is LA Fitness

How to Cancel LA Fitness Out of Your Life Forever!

Update #2 (5/20/19) — As it turns out, I didn’t have to wait an outrageous amount of time for my LA Fitness membership to be cancelled. I received an email from LA Fitness today letting me know that they received me cancellation request and my membership will be cancelled effective May 31, 2019. I still owe $23.53 for the month of May, but that’s a small price to pay to be done with LA Fitness.