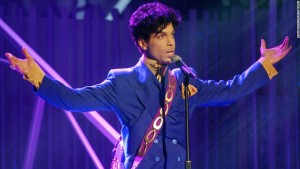 I once saw a video of a pre-show sound check. I’m not sure where it was, and initially, it wasn’t clear who was preparing for a concert. As the band launched into a song, the camera panned across the empty arena, and in the distance was a small man, flamboyantly dressed, strutting toward the stage with an ornamental walking cane. It didn’t take long to realize that this couldn’t be anyone other than Prince.

As he stepped onto the stage, the band still playing, Prince was greeted by a man in an expensive-looking suit who slung a guitar around his dainty neck. He launched into a guitar solo that was as good as anything I’ve heard before or since. He stood in one place, not expending any energy except through the guitar, and then after two or three minutes, satisfied with the sound, he took the guitar from around his neck and tossed it through the air to the man in the suit. Prince then grabbed his cane, and like a peacock, flounced off the stage.

The video was mesmerizing. It captured the magnetic nature of Prince, and showed why he was one of the greatest performers in the world. And keep in mind, this was just the sound check. It paled in comparison to Prince in concert.

I can’t claim to be a huge Prince fan. I liked his early stuff, but really didn’t follow him too closely. He recorded thirty-seven albums (an incredibly prodigious number) in his too short life, but I only owned two, 1999 and Purple Rain. Even so, I had great admiration for his incredible innovation and creativity.  In a lot of ways, Prince was a pioneer, and he was an inspiration and an influence to a great number of musicians over the past thirty-five years.

To really see the genius of Prince—and make no mistake, he was a genius—you had to see him in concert. He was a performance savant, able to draw the audience into his performance with a mix of talent and passion that separated him from this contemporaries. His talent was his calling card, but it was his passion that held the audience in his sensuous embrace, leaving them exhausted and satiated when he released them from his grip.

This video from 1983 will give you a feel for the passion that Prince brought to a live performance (and I dare you not to get chocked up):

Then there’s this live performance in Milan in 2010:

NOTE: I was afraid these videos would be removed. Trust me, they were great.

Perhaps the best tribute I’ve read about Prince was written by Bomani Jones. I was worried that I was making too much out of Prince’s prodigious talent and outsize reputation, then I read this from Jones’ article:

There is no fear of hyperbole when remembering Prince. He was the best recording artist of his time, the most versatile, more influential to a broader array of artists and genres than anyone. As long as it’s not a horn, he might have been the best at playing any basic pop instrument. He was a singular tour de force, using each of his albums to defy silly record-store categories. He could be as energetic and defiant as James Brown, as traditionally masculine as Teddy Pendergrass, as unbounded as David Bowie, as vulnerable as Marvin Gaye, as insightful as Paul Simon and as electric as Michael Jackson. At the same damn time.

Perhaps I shouldn’t have worried. As Jones points out, Prince wasn’t just the best parts of so many of our greatest music superstars, he was also admired, respected and appreciated by many of these stars. Even among rock music royalty, Prince was held in high regard. A reporter once asked Eric Clapton what is was like to be the world’s greatest guitarist. Clapton replied, “I don’t know. You’ll have to ask Prince.” High praise indeed.

At the Rock & Roll Hall of Fame induction ceremony in 2004, several prominent musicians, including Tom Petty, Jeff Lynne, Steve Winwood, and Dhani Harrison (George’s son) played “While My Guitar Gently Weeps” as a tribute to the late George Harrison. Also on stage that night was Prince, nattily attired as always.

As you watch this video, notice how a little more than half way through, Prince takes over. But it’s not a Divo move (although Prince was certainly a Divo). The other musicians give him room and encourage him. His guitar solo is fantastic.

In 2007, Prince was scheduled to play the NFL Super Bowl half-time show in Miami. Plans were made for an elaborate open air (i.e. no roof) stage in the shape of “The Love Symbol,” the shape that he changed his name to as part of a contractual dispute with his record label, Warner Brothers. That dispute was long over when Super Bowl XLI rolled around, but the symbol was still closely associated with Prince.

On the day of the game, Miami experienced sever weather, including hard rains, and the promoters of the half-time show feared that Prince wouldn’t be able (or willing) to perform. Instead of balking, when asked if he would be able to go on with the show in the rain, his response was, “Can you make it rain harder.”

As you watch this full, uncut version of Prince’s incredible performance, notice all of the electrical equipment out in the rain. Although it’s not clear in the video, Prince used four different guitars during the show, unplugging and plugging them in as the rain fell. Also notice the dancers around Prince early in the video. They’re dancing in extremely high heels on a wet surface, and making it look easy.

Last year, Saturday Night Live celebrated their 40th anniversary with a huge show broadcast in prime time. At the after party, several musicians got up to give impromptu performances, including big names like Paul McCartney, Taylor Swift, and Elvis Costello. But in this video from the Tonight Show with Jimmy Fallon, where Jimmy talks about the after party performances, notice how he, his band, and the crowd react when he talks about Prince coming up on stage. It just shows that even those in the entertainment industry, many of them jaded by their experiences, understood the special brand of artistry Prince possessed.

Whenever I’d hear the mention of Prince’s name, my mind would conjure up a diminutive imp of a man clothed in a purple ruffled top (similar to the Seinfeld puffy shirt), skin tight black leather pants, heels tall enough to raise his height all the way to 5′ 6″, and a hat of one sort or another that defied description and added to his androgynous fashion style. He was small in stature, but a giant in personality, who was always the coolest, smoothest, most self-assured dude in the room. And he always played by his own ever-changing rules, providing testament to the fact that if you are true to yourself, no matter how different you may be, the world will open it’s arms to embrace you.

Prince Rogers Nelson was a rare breed of entertainer who combined boatloads of passion, artistry, integrity, innovation, and genius. To be sure, he could be difficult, eccentric, aloof, and mysterious, but all the great artists possess some amount of all of these ingredients. Prince just possessed them to a larger degree than most. He was a tremendous talent, and he will be greatly missed.