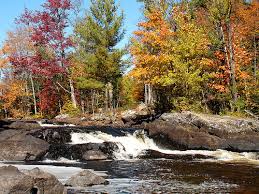 In early 2004, I was being treated for throat cancer. The diagnosis was not particularly good, and the treatment I was receiving was not particularly pleasant. Every week day for seven weeks, I went to the hospital to get radiation treatment, which beat the hell out of me. Then, each Friday, I’d receive chemotherapy, which left me weak and nauseous. By the end of the seven week course of treatment, I didn’t know if I would make it or not.

I suppose it’s normal for anyone going through this type of experience to look back on their life and regret some of the things they did or didn’t do. For me, I regretted that I didn’t do more with my interest in writing. I promised myself that if I survived the cancer treatments, I’d pursue my desire to be a writer.

As I was recovering in the autumn of 2004, I wrote a story about a father and adult son who travel back to their former hometown in Wisconsin. During their trip, old wounds are reopened, and they struggle to rectify their differences. The story, entitled Lake of the Falls, was rough, but I kind of liked the way it turned out.

A couple of years later, I hired a local writer I knew to take a look at some of my stories, and make suggestions on how they could be improved. To say he wasn’t impressed with my writing would be an understatement. He didn’t say it in so many words, but I could tell that he thought my writing was amateurish, perhaps beyond redemption. However, there was one story he focused on that he said he liked. It needed a lot of work, he said, but he thought there was hope for it. That story was Lake of the Falls.

A few years later, I decided to go to grad school to get a Master of Fine Arts degree in creative writing. I knew I was a fairly good storyteller, but my writing just wasn’t as good as what I was reading in published novels. I wanted to get better, and I hoped returning to school could help.

The application process to get into an MFA program can be daunting. In addition to providing a writing sample, you have to submit a statement of purpose, which basically lays out why you want to attend the MFA program, why the school should accept your application, and what you hope to do with your degree if you are accepted.

To prepare myself and my writing for the MFA application process, I hired Chris Leslie-Hynan, a graduate of the Iowa Writers Workshop, and author of the book Riding Around Shining (longlisted for the PEN/Robert W. Bingham Prize for Debut Fiction), to critique my work, and help me put together my statement of purpose. Chris was very upfront and honest with me. If he didn’t like what I had written, he told me. But he liked Lake of the Falls. He thought it needed work, but liked the relationship between the father and the son.

When it came time to submit my MFA thesis, I pulled out Lake of the Falls, and heavily revised it, adding a love interest for the main character, as well as a backstory about their relationship. The story got generally good reviews, but I wanted to do more with it. I knew that it could be better than it was.

I began revising the story this past summer, and eventually sent it to my editor, Melanie Neale. Melanie often understands my stories better than I do, and made some terrific suggestions on further revisions. My friend, Nick Rupert, also took a look at the story and tore it apart (in a good way). He saw ways to make the story better that I hadn’t seen. Between Melanie’s and Nick’s suggestions, I revamped the plotline, condensed the dialogue, and strengthened the characters. Melanie and I went back and forth a couple of more times, and then Lake of the Falls was finally done.

Not all stories take so long to find their ultimate conclusion, but I’m glad I stuck with this one as long as I did. It took more than ten years, but I’m happy with the way the Lake of the Falls finally turned out.

Note: The photo above is of the actual falls at Lake of the Falls County Park. Beautiful, isn’t it?