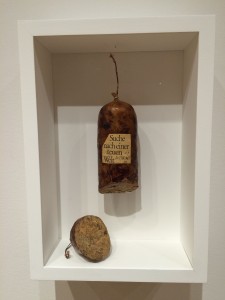 This post is a little “inside baseball,” and delves into my writing process. If you don’t like watching the sausage being made, this post may not be for you. On the other hand, if you like sausage manufacturing, read on. (NOTE: This post has nothing to do with making sausage.)

Basically speaking, there are two types of writers: pantsers and plotters. Pantsers write by the seat of their pants (hence, the name). They don’t plan out their story. Instead, they allow it to unfold as they write. Often, you’ll hear writers say they were as surprised as anyone about what happened in a story because they didn’t see the twist coming until they wrote it.

Plotters, on the other hand, plan out their stories. They’ll often start with an outline, and they’ll know the beginning, middle, and end of the story before they start writing.

Until recently, I was a pantser. Everything I’ve published to date has been written by the seat of my pants. I had a vague idea for a story, and I started writing, not knowing where the story was going to end up. I think most literary fiction writers are pantsers. It might have something to do with allowing the muse to direct their writing rather than being too logical and planning things out ahead of time. That’s just a guess, but I think it makes sense.

I attended a conference one time where bestselling thriller writer Jeffrey Deaver was the featured speaker. Deaver explained that his writing process consisted of six months of research, two months of outlining, one month of writing, and one month of revising. In other words, it took Deaver ten months to complete a novel, but only two of those months were spent actually writing. He said that his outline was so detailed that it was almost like a very poorly written first draft. It just needed to be beaten into shape.

I was sitting with mystery writer Don Bruns during Deaver’s presentation, and he said that while he appreciated Deaver’s process, it would never work for him. As a former attorney, Deaver was very analytical and process oriented. Outlining his book before writing it was very natural for him. But for Don, a former musician, being a pantser was much more natural.

For Driven, my upcoming novel, I’ve changed my approach. I’ve turned to outlining for this book, and I have to admit, I like it. It’s taking some getting used to, but it feels right. So far, I’ve written beats for 48 chapters, and I can tell that when it comes time to actually write the book, the writing is going to come fairly quickly and easily (or at least more quickly and easily than my previous books). I’m looking forward to finishing up the outline and getting down to the actual writing.

That’s all the sausage talk I have for today. Stay tuned for my ten-part series on Dieter Roth and the Wurst of Literature.