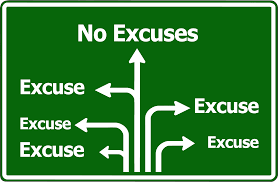 “Life is what happens to you while you’re busy making other plans.” – John Lennon (“Beautiful Boy”)

First, I moved in April to be closer to my son’s school. In May, I moved my 90 year old father in with me, then a couple of weeks later my divorce became final. A couple of weeks after that I got bronchitis for the first time in my life, then my father wound up in the hospital (We’re both doing fine now. Thanks for asking.) Then there were vacations and car breakdowns and dating and a particularly nasty sinus infection, and…well, you get the picture. A lot of stuff happened, and I used all of it as an excuse not to write.

I’ve been feeling pretty bad about myself these past few months. I kept making plans to start writing again, but then another excuse would present itself, and I’d stay on the sidelines, letting my half-finished novel gather digital dust. Finally, that changed last week.

I’m not sure what changed, but I forced myself to sit down and work on Driven. In just four days I was able to finish the outline for the book and get ready to put it all together. Life is still happening, but at least for now, I’m continuing to write.

Driven should be out in the next few months. I’m going to keep writing, but there’s Halloween, then Thanksgiving, then Christmas and New Year’s. Life will keep happening, and I’ll do my best to keep writing.

2 Replies to “The Man of Many Excuses”