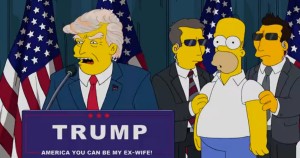 Just what the world needs, another political post. I usually don’t talk about politics on social media or on this blog. I have plenty of my own opinions, but I’ve never felt the need to convince others that I’m right. So I’ve kept my thoughts to myself throughout the election. Now that the votes are in, I’d like to share a few things I have on my mind.

Let’s start with President-elect Donald Trump (I never thought I’d type those words in the same sentence). Donald Trump is not my cup of tea. To me, he is a lying, narcissistic, misogynistic, racist, bloviating self-promoter. His rhetoric is often hateful, ill-considered, and unnecessarily provocative. I’ve never felt like his candidacy had anything to do with making America great again. Instead, I felt he was out for himself. This is not the kind of person I want sitting in the Oval Office.

Having said that, unlike the Clinton camp, I’ve never considered his supporters to be hateful, racist, sexist, misogynistic people. I know a lot of Trump supporters, and none of them meet this definition. They are good, decent people who feel abandoned by the government and the career politicians who run it. They’re frustrated that they have to work harder and harder just to keep the status quo, while Wall Street bankers, who nearly bankrupted our nation, take more and more of the economic pie.

These Trump supporters are people who have followed the rules only to be left behind by those that have thumbed their noses at those very same rules. They were (and are) frustrated, and they looked to anyone who would stand up for them and be their voice. Granted, Donald Trump seemed like an odd savior for the working class, but unlike Hillary Clinton, he reached out to them and offered them hope.

Hillary Clinton and her camp never understood that Donald Trump supporters were not simply uneducated morons. Hillary showed exactly what she thought of those who didn’t support her when she called Trump supporters “a basket of deplorables.” She further marginalized these already disenfranchised voters who were simply looking for someone—anyone—to recognize their concerns. This was a huge tactical error because it not only strengthened the resolve of those already supporting Trump, but it showed the elitism of her candidacy, and drove undecideds into Donald Trump’s waiting arms.

In some ways, the 2016 election was a flip-flop of roles for the Democratic and Republican parties. Unlike past elections, Hillary Clinton, the Democrat, was the war hawk candidate who wanted the tentacles of our democracy reaching out to every country and every regime throughout the world. She was inextricably tied in with Wall Street, and seemed to care more for their welfare than the welfare of the folks on Main Street.

Donald Trump, the Republican, by contrast, called for more protectionist trade policies, less military intervention, and a focus on “America first.” Trump’s platform, as ill-defined as it was, was a siren song to voters who felt ignored and alienated. He was an imperfect messenger, but at least he was saying some of the right words.

What Donald Trump talked about mattered to the working class at a time when the Democratic candidate seemed to be more concerned with soliciting donations to the Clinton Foundation from foreign dignitaries, and giving high-priced secret speeches to corporations and Wall Street high rollers. We looked away for a moment and the Democratic party became bedfellows with big business and moneyed interests, while Republicans nominated a candidate that at least appeared to be a populist. When did the world turn upside down?

Just as I have many friends who are Trump supporters, I also have many who supported Hillary Clinton. Even still today, the morning after the election, they are treating Trump voters as evil and hateful. They are continuing the claim that these Trump voters are all racist, sexist, misogynistic dopes who aren’t smart enough to look out for their own best interests. They have refused to look below the surface to see the actual people who supported Trump and understand their legitimate concerns. It was arrogance, pure and simple, and it ultimately cost Hillary Clinton the election.

At the same time Clinton supporters vilified Trump, they canonized their candidate, ignoring her warhawkishness, ignoring her ties to Wall Street, ignoring the role she played in her email scandal and the questions surrounding the Clinton Foundation. Donald Trump was a clearly flawed candidate who almost daily reminded us why he was uniquely unqualified to be president. But criticizing his shortcomings while completely ignoring Hillary’s only served to drive potential supporters away. They didn’t want to take part in the besainting of Hillary or further the Clinton political dynasty.

The thing that I will take away from this election is the uncivility of it all. It was discouraging to watch people that I like and respect act with such disdain and intolerance for their friends and neighbors. The candidates were relentless in going after each other, offering little in the way of a vision for the future, instead spending most of the campaign in the gutter, name calling and acting like children. But I honestly thought that the supporters for each candidate would rise above this pettiness and division. I was sorely disappointed.

I’ve also been discouraged by the willingness of people on both sides to share articles from partisan spin websites on social media that clearly contained erroneous information. By doing that, these people proved that they were more concerned with winning an election than they were with being a good citizen and pushing for a better America. These websites—many set up in foreign countries with a clear profit motive—are nothing but propaganda machines designed to create a great deal of heat, but provide absolutely no light. Sometimes they spin an unsubstantiated rumor, magnifying it tenfold. Other times they create and disseminate outrageous, ridiculous lies. Sadly, the people who posted and re-posted these articles did so, not because they thought the information being shared was true or helpful, but because the information in the article agreed with their own beliefs. This “echo chamber” approach to politics is the main reason that we as Americans can’t find common ground, and continue to talk past each other rather than to each other. It is a sad commentary on what political discourse has become in the United States.

I did not support Donald Trump, but I sincerely hope that moving forward, he can be a rational, inspiring leader who runs the country in a much more unifying way than he ran his campaign. He won the election, and he deserves our open-minded support. He also deserves to be vigorously opposed if he decides to follow through on some of the foolish, odious policies he mentioned on the campaign trail.

One final thought: Like so many others, I am fearful of what a Donald Trump presidency will look like. I fear that he will try to turn back the clock on human and civil rights. But I also have great faith in the American people. I have faith that they will hold the president-elect to a high standard and will no longer turn a deaf ear to some of the more hateful things he says. I trust that there will be no mass deportation of illegal immigrants. I trust that Muslims will not be discriminated against or forced to carry special IDs. I trust that we will not turn our backs on our NATO allies. I trust that people of color will not be treated as anything other than full and respected citizens deserving of all of the rights and responsibilities afforded to all other citizens. I trust that the rights gained by the LBGTQ community in recent years will not be threatened or eroded. I trust that our democracy will continue to work and won’t allow one person to have undue power. And more than anything, I trust that our decency—what Lincoln referred to as the “angels of our better nature”—will always triumph over the hate and divisiveness of self-interest and greed.  These things are foundational to our life as Americans, and we cannot allow anyone, including Donald Trump, to take us back to a day when fear and hate played a much larger role in our lives.

As Americans, we are a large and diverse people who share certain foundational values that inform and define us. I trust that these values will guide all of us, including our president, in the months and years ahead.

Note: The best postmortem of the 2016 election I’ve read is this piece in The Intercept by Glenn Greenwald. I think Greenwald has it exactly right.