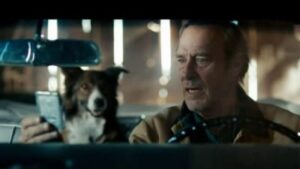 A while back, I wrote a post entitled “Don’t Sell Me A Car, Tell Me A Story.” If you haven’t read it yet, you can find it here. This post is a follow up to the first.

In that first post, I talked about how the most effective commercials don’t try to sell a product. Instead, they tell a story in which the product they are selling is the solution to whatever problem the character in the story is having. The example I pointed to was this Super Bowl ad from Audi.

The Astronaut commercial came out in 2016. Three years later, Audi went even bigger with this commercial for their RS4 Avant, a performance station wagon with great styling. This commercial is a little longer (six minutes and forty seconds), so it’s more than just a network commercial. It’s almost like a mini-documentary.

This commercial from Dodge is another example of a car commercial using a story (or type of story) that features the vehicle they’re trying to sell, but isn’t specifically about the vehicle.

Finally, this is the best “story commercial” I’ve seen yet. It comes courtesy of Chevy and it doesn’t even contain a vehicle that they are currently selling. They’re just building their brand and wishing their customers (and prospective customers) a Merry Christmas. Take a look: