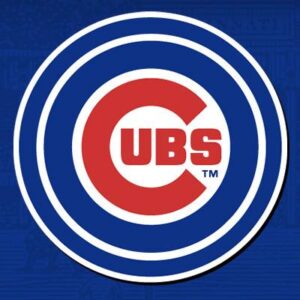 The other night, the Cubs were on Sunday Night Baseball on ESPN playing the Giants. I was looking forward to watching the game because earlier this year, I gave up my MLB.TV subscription and had not seen many Cubs games. But when game time approached, I decided not to watch the game. I just couldn’t do it. Watching the Cubs this year has been too depressing, and I wasn’t in the mood to be depressed again. As it turned out, the Cubs lost the game 4-0 and, from reports I read after the game, they played just as badly as I feared.

I’m a life-long Cubs fan, and for most of my fandom, the Cubs have been pretty bad. When Tom Ricketts and the Ricketts family purchased the Cubs prior to the 2009 season, I had hope that they would improve the team, turning them into a perennial winner. Ricketts brought in Theo Epstein—the man who built the Boston Red Sox into a World Series winner—to lead the team’s efforts. Like a lot of fans, my hopes were high.

Sadly, the first thing Epstein and the Cubs did was dismantle the team. They said the teardown was necessary to rebuild the organization the right way, including improving the farm system, and setting the club up to be a consistent post-season threat.

Over the next six years, the Cubs were horrible. They had losing seasons in five of those years, building an overall 429-542 record, winning just 44% of their games.

It was tough to be a fan of the team during those years, but our patience was rewarded in 2015 when the team did unexpectedly well in the playoffs, eventually losing to the Mets in the NLCS. Our hopes were high. Then in 2016, the unimaginable happened. The Cubs won the World Series for the first time in 108 years. It seemed that all of our sacrifice and heartache had been worth it, not only because the Cubs had won the World Series (although that was huge), but because the team was set up to compete for championships for years to come. Or, at least, that’s what we thought.

As it turned out, the Cubs never did make it back to the World Series. Over the next five years they got progressively worse, ultimately selling off their best players at the 2021 trade deadline and promising another rebuild.

Of course, Epstein is gone, and Jed Hoyer, Epstein’s former second-in-command, is running the team now. In his time at the helm, Hoyer has shown no indication that he has a plan or a timeline to get back to being competitive. Now, during the 2022 season, the Cubs are 41-60 (as of 8/2/22), 15 ½ games out of first place in the NL Central, and 13 ½ games out of the newly expanded Wild Card.

From where I’m sitting, the Ricketts/Epstein/Hoyer era with the Cubs has been an abject failure. I say this despite the 2016 World Series victory. After 108 years of futility, winning the World Series was huge, but it wasn’t the primary goal. Epstein & Company were supposed to be building a perennial winner, not a one-time winner.

Fans endured six years of horrible baseball between 2009-2014 with the understanding that, once the rebuild was finished, we could expect a Cubs team that would compete for championships for years to come. That didn’t happen. Today, as I write this, the Cubs are far out of contention, suffering through their second consecutive losing season, they are selling off their players once again at the trade deadline, and they have the 18th-ranked farm system, with just two players in the top 100 in the league. By any measure, that is not a success.

In talking to people about my feelings, a few times I have heard that it is unrealistic to expect the Cubs (or any team) to be good every year. They point to the good years the Cubs had around their World Series championship.

Since the Ricketts took over the team, the Cubs have had seven winning seasons and six losing seasons. During that same period, the St. Louis Cardinals, the Cubs biggest rival, has had thirteen consecutive winnings seasons, including two trips to the World Series and a World Series championship. The Cardinals are perennial winners. The Cubs are not.

In addition, the Cardinals have continued to build their team, bringing in Paul Goldschmidt in 2019, Nolan Arenado in 2021, and as I write this, they are in the hunt to land Juan Soto from the Nationals. Even if they don’t trade for him, it’s clear they are building their team for the future. They didn’t take a break and endure several losing seasons in order to have a few winning seasons. In other words, what the Cubs did was not just unnecessary, but in hindsight, was counterproductive.

You’d be correct if you pointed out that the Cardinals are now, and have been for some time, one of MLB’s most successful franchises. You might say that it is unfair to compare the Cubs to the Cardinals. I don’t agree that it is unfair. There’s no reason the Cubs, in one of the largest markets in the country and having one of the most rabid fan bases in MLB, can’t and shouldn’t be one of the league’s most successful franchises. Even so, if you think the comparison is unfair, let’s instead compare the Cubs to another NL Central rival, the Milwaukee Brewers.

The Brewers have accomplished this while playing in the 37th largest market in the country (the smallest in MLB) and spending an average of about $45 million less on player payroll than the Cubs. And as the Cubs tank the 2022 season, selling off every player they can, the Brewers are leading the NL Central and adding players at the trade deadline.

All of this is to say that, as much as I love baseball, I’m really questioning my fandom. My favorite team doesn’t seem willing or capable of building a consistent winner. And watching them trot out a AAAA team day after day to play mediocre (at best) baseball just isn’t very fun.

Rumor has it that the Cubs are going to be big spenders in the upcoming off-season, supposedly being in the running for big name free agents like Trea Turner and Carlos Correa. I hope that’s true, but to be honest, I don’t have any confidence in the current regime to either spend money intelligently or build a team around one or two big names.

I’ve been a fan of the Cubs all my life, but I have to say, I feel like I’ve been taken for granted. I know a lot of other fans feel the same way. The team seems to consistently be on the verge of doing something big, but with one exception, never delivers on their promise. The current re-build seems to be just another empty promise made by an organization that makes lots of money off of it’s fans, but can never seem to build the consistent winner they lure us in with.

Maybe it would be more fun to watch the Cardinals or Brewers.