As we approach year’s end, new “best of” lists seem to pop up every day. Those lists got me thinking about the best books I’ve read this year. I was fortunate to read around sixty books in 2015. Some were great, others not so good. Some were new releases, others published years ago. As I reviewed the list of books I read this past year, I came up with the ten I thought were the best of the bunch. Here’s my list, along with a few thoughts about each book: 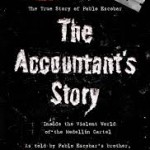 The Accountant’s Story by Roberto Escobar – This is one of just two nonfiction books that made my list this year. I’ve been researching a novel about the drug trade in the 1980’s, and I was interested in the structure of the Medellin Cartel. The Cartel was headed by the infamous Carlos Escobar, and his brother, Roberto Escobar (the author of this book) handled the group’s money. In truth, the book is not particularly well written, but it tells an intriguing story that I really enjoyed. If you’re interested in the 1980’s drug trade, I would also recommend the Netflix original series, Narcos. It’s fantastic.

All The Light We Cannot See by Anthony Doerr – This book won the Pulitzer Prize for Literature, so you know it’s got to be pretty good (ASIDE: I’m often confused by how the Pulitzer committee chooses the winner of the literature prize. I’ve read a bunch of the winners, and I don’t see a common thread that runs through all of the books. In fact, I’m often disappointed in the winners, but that’s a story for another day.) All The Light We Cannot See is about Marie-Laure, a 14-year old blind girl living in Nazi-occupied Paris. Her father, the Master of Locks at the nearby Natural History Museum, disappears, and Marie-Laure must navigate her way through World War II, all the while protecting the museum’s most valuable artifact: a gem the Nazi’s covet.

The Storied Life of A.J. Fikry by Gabrielle Zevin – This was one of the last books I read in 2015, and I enjoyed it. However, my recommendation doesn’t come without reservations. It’s a slow read. For much of the book, nothing of consequence happens. I don’t need car chases and gunfights, but I’d like some forward moving action. There’s a joke that claims that in literary fiction, nothing happens, but it happens in great detail. The Storied Life of A.J. Fikry fits this description. Even so, I was taken by the book. Not much happened, but I cared about the characters, and I kept turning the pages. The book stuck with me, and it made my top ten list.

Demon Camp by Jennifer Percy – I had the pleasure of meeting Jennifer Percy before I read her book (I also paid her $1000. Another story for another day.). Jennifer is an attractive young woman, who is in no way imposing or threatening or seemingly unusually brave. Because of this, I was mesmerized by her stories of traveling throughout war-torn Iraq and Afghanistan. I was amazed that this slight young women travelled by herself to tell the stories of American soldiers and local citizens. To see what I mean, check out this story from Jennifer that was published in the New York Times this past October. In Demon Camp, Jennifer tells a rather weird story about Caleb Daniels, a former soldier, who uses a type of exorcism to treat his and other’s PTSD. It’s a crazy story, and Jennifer does a fantastic job of telling it. 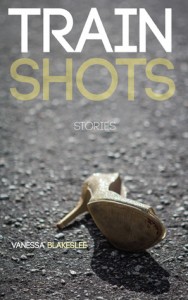 Train Shots – Stories by Vanessa Blakeslee – Author Vanessa Blakeslee is a friend of mine, and I purchased her book almost as soon as it became available (If I remember correctly, I bought her book at an event a few days before it was available to the public). Even so, I didn’t read it. I had a bunch of books in my reading queue, so I put Train Shots on the shelf. It was still on the shelf when I learned that Vanessa’s book won the IPPY Award for Short Fiction, and was long-listed for the prestigious Frank O’Conner International Short Story Award. Then this past summer, Train Shots came out as an audiobook. Better yet, it was narrated by Vanessa herself. I bought the audiobook and immediately listened to it. Vanessa has a gift for creating intriguing characters, and she puts them in interesting and difficult situations. I thoroughly enjoyed Train Shots, and I recommend it highly. (NOTE: Vanessa’s debut novel, Juventud, is out, and I hear it’s really good.) 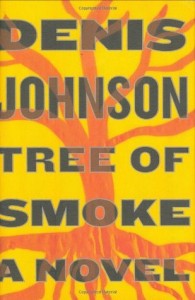 Tree of Smoke by Denis Johnson – Denis Johnson is one of my favorite writers. I loved Train Dreams, and thought Jesus’s Son was fantastic as well. Tree of Smoke wasn’t as good as these earlier books, but it was still a great read. Tree of Smoke is about Skip Sands, a CIA operative in-training who is stationed in Vietnam in the early 1960’s. He is the nephew of an infamous character known as “the Colonel,” who is running an off-the-books psychological operation. Sands is caught up in the hurricane surrounding his uncle, and he follows his uncle’s lead, even when he doesn’t understand why he’s doing what he’s doing. Like much of Johnson’s writing, the story in Tree of Smoke is weird, and at times, confusing. But throughout, the story is terrific and the book is well worth reading. (NOTE: I also read Johnson’s The Laughing Monsters this year. I didn’t like it as much as Tree of Smoke, but it came close to making the top ten list, maybe number eleven or twelve.)

The Enchanted Life of Adam Hope by Rhonda Riley – I still can’t figure out why I read this book. I didn’t know anything about it or its author. Someone must have recommended it, so I put it on my wish list. When it came to the top of the queue, I read it. Initially, I was disappointed. I read mostly realist fiction, and The Enchanted Life of Adam Hope involves a little magic realism. Even so, I got caught up in Riley’s inventive story, and I came to care about the characters. Even now, the story sticks with me (which is a little unusual). It’s not the type of book I usually read, but I’m glad I read this one. 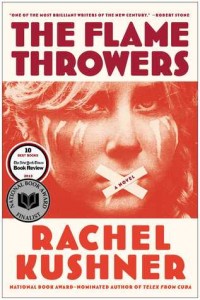 The Flamethrowers by Rachel Kushner – I’m cheating a little bit with this choice. I originally read The Flamethrowers in 2013, and I liked it so much I read it again this past year. The book was a finalist for The National Book Award in 2013, and it was named to the New York Times Book Review and Time magazine’s Top Ten Fiction Books of the Year lists. The Flamethrowers takes place in 1975 and follows Reno, a young artist who leaves Nevada and moves to New York to build a career for herself. Along her journey, she becomes an unintentional motorcycle racer, and ends up setting the womens’ motorcycle world speed record, on a motorcycle manufactured by her boyfriend’s family’s company in Italy. Complications ensue. In The Flamethrowers, Kushner has written a captivating story that is one of my favorite books ever. 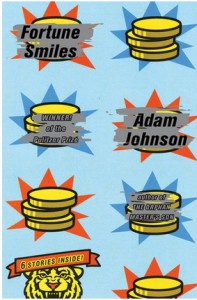 Fortune Smiles-Stories by Adam Johnson – Author Adam Johnson won the Pulitzer Prize for his novel The Orphan Master’s Son, so it should have come as no surprise that Fortune Smiles is incredibly well written. This is especially true considering that Fortune Smiles won the National Book Award. Even so, I didn’t expect it to be this good. Johnson reminds me of a smoother and slightly darker George Saunders (one of my favorite authors). They both write intelligent, provocative stories that speak to the heart as well as the brain. Fortune Smiles consists of six very original stories that deftly look at political and technological issues from a very personal, individual perspective. I heard great things about this book before I read it, and it definitely didn’t disappoint.