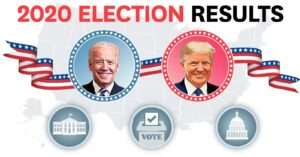 I have heard that it is a fool’s errand to try to understand Trump voters. Some say that they defy understanding. Others say there’s nothing to understand, that they are just deplorable human beings filled with hate and rage. I can’t accept either of these points of view. I know too many people who support Trump who are decent, well-intentioned human beings, both friends and family members.

For me, there is a disconnect between the people I know and the support they have for Donald Trump, a man who has defiled the office he holds, diminished the reputation of the nation in the eyes of the world, has attacked and degraded anyone who doesn’t agree with him, especially woman and people of color, and has moved our nation rightward toward authoritarianism and fascism. The type of person Trump is seems like everything a decent person should oppose, yet I know many people I consider decent people who support him. I want to understand why.

Understanding Trump voters is especially difficult considering who the alternative was in our recent presidential election. By all accounts, Joe Biden is a profoundly decent man, the opposite of Donald Trump. He has a long history as a moderate Democrat who worked across party lines often. The Democrats couldn’t have run a more inoffensive candidate.

I know some Trump supporters will point to Kamala Harris and accuse her of being too liberal. But is that really a reason to support Trump or is it just a weak justification. I mean, she was candidate for Vice-President. Did 70 million Trump voters really support Trump because of their fear of the opposing vice-presidential candidate? I find that hard to believe. Every study I have ever read on the subject indicates that people don’t choose a presidential candidate based on the candidate for vice-president, let alone 70 million people. So, why did 70 million people support Trump?

Even among non-college educated whites, they have various reasons for supporting Trump. One person may support Trump because of his tax policies, while another may give him their vote because of his embrace of white supremacists. Every voter is different. Having said that, non-college educated whites have had a similar experience living in the United States over the past 30-40 years.

One of the things the Reagan Administration did to change things for non-college educated whites was weaken the influence of unions. As Governor of California, Reagan opposed strikes by the United Farm workers, and later, while president, he busted PATCO, the union that represented air traffic controllers. He also appointed three members to the National Labor Relations Board (NLRB) who flipped the Board’s traditional support for collective bargaining. Unions began losing a disproportionate share of cases in front of the NLRB, and union busting consultants, firms hired by companies to get rid of unions, began popping up across the country.

These efforts resulted in lower wages for union workers, most of whom were non-college educated whites. In the early 1980s, wages routinely increased 7-9% per year. Those increases slowed beginning in the early days of the Reagan Administration, and today, America’s working class is seeing wage increases of just 2-3%. At a time of very modest wage gains for the working class, executive pay has skyrocketed. Since 1980, executive pay has increased more than 900%, while working class pay has increased about 14%.

At the same time, tax policy has increasingly favored the wealthy. This trend hit its zenith under President Trump, who’s tax policy, for the first time in American history, helped billionaires pay a lower tax rate than the working class. This change, in essence, worked to transfer wealth from the middle- and lower-class to the upper class.

Going back once again to 1980, most working-class non-college educated whites belonged to the Democratic Party. The Democrats were viewed as the party of the working class, while Republicans were viewed as the party of business and upper management. But in 1992, the Democrats nominated a different kind of Democrat. Bill Clinton was much more closely aligned with big money donors from Wall Street, not the working stiff who paid his union dues and expected Democrats to look out for him. Democrats also began to shift their focus from the white working-class voter to more marginalized and disadvantaged groups, such as minorities, gays, lesbians, and others. They began to support non-traditional family units, like single mothers and gay adoptive parents. The non-college educated white voter felt abandoned.

It was at this point that Republicans did something very smart. They reached out to the non-college educated white voter. They pointed out that illegal immigrants, primarily from Mexico, were coming into the country and stealing their jobs. They said that welfare cheats were stealing their hard-earned tax dollars. They said that Muslims were threatening their safety and security. They convinced the non-college educated white voter that the alienation and injustice they felt was caused by the poor, illegal immigrants, and Muslims. As a result, non-educated whites felt heard, and they began to leave the Democratic Party in favor of a Republican Party that understood them and had their back.

Of course, none of this was true. Illegal immigrants aren’t stealing anyone’s job (unless your job is to pick fruit or clean rooms in one of Trump’s hotels), the poor are not defrauding the government and stealing taxes paid by non-college educated white voters, and Muslims as a group do not pose a risk to the United States. Even so, non-college educated whites became Republicans, initially during the George W. Bush Administration, and then became the driving force behind a Trump presidency.

It’s unlikely that this change from Democrat to Republican would have been nearly as universal and would have stuck so completely without another change that took place beginning in the 1990s. The rise of conservative media, with radio talk show hosts like Rush Limbaugh and G. Gordon Liddy began what would become a conservative media industry. They were staunch conservatives, dedicated Republicans, and they mixed in just enough conspiracy theory to keep things interesting.

Fox News Channel (FNC) began broadcasting in 1996, and from the beginning, had a conservative bias, but was not the committed conservative mouthpiece we see today. In the early days of FNC, they broadcast 20-minute long single-issue news segments during the day, and in the evening presented opinion shows, such as The O’Reilly Report and Hannity & Combes, a political talk show that examined issues from both a conservative and liberal point of view.

As time went on, Fox News morphed into a full-on propaganda platform for Republicans. They were instrumental in getting Trump elected in 2016, and 90% of the time during his presidency, they operated as state TV. For four years, Trump lied, and Fox News amplified the lie. For non-college educated white voters who overwhelmingly got their news from FNC, they believed the lies. Trump created an alternative reality, FNC broadcast that alternative realty, and non-college educated white voters believed that alternative reality.

One example of this is a poll that was conducted of likely Trump voters prior to the 2020 election. The poll found that:

Objective reality indicated that none of these outcomes was likely. But, FNC was pushing the idea that Trump would win the election, and many of their guests indicated that his win would be an easy one. Non-college educated white voters believed what they were being told. Most either ignored objective reality or chose not to expose themselves to it at all, limiting their consumption of news and information to FNC and similarly biased sources. As a result, they believed a reality that didn’t exist, and were unprepared when actual objective reality intruded with a Biden victory.

What we are seeing now by both Trump and his supporters is the shock they are feeling to learn that their beliefs did not match objective reality. They’re still coming to grips with Trump’s loss, convinced that it had to have been caused by voter fraud, despite the fact that there is no evidence to support such a belief. The Trump camp is going to court claiming one theory of fraud or another, but they have been unable to provide any evidence to back up their claims. So far, as of this writing, the Trump team has filed ten lawsuits and they’ve lost all ten. Trump supporters, including non-college educated whites, have been unable to grasp the disconnect between their reality and objective reality. It is a hard pill to swallow when you learn that everything you’ve believed for four years or more has been wrong.

Conservative media is very different. In addition to having a conservative bias, they provide questionable information from unreliable sources. There’s a reason for this difference.

Matthew Sheffield is a former conservative activist and journalist who was co-creator of NewsBusters, an anti-media website, and founding online editor of the Washington Examiner, a conservative website and weekly magazine. He has a long history of complaining about mainstream media being unfair to conservative views. But when he started providing news from a conservative perspective himself, he was surprised to learn that his readers felt he wasn’t being anti-liberal enough. What he learned was that conservative consumers of news, in large part, weren’t interested in journalism. They wanted anti-liberal propaganda. In fact, Sheffield contends that conservatives don’t understand the purpose of journalism.

Matthew Sheffield: “While I was enmeshed in the conservative media tradition, I viewed lefty media thinkers like Jay Rosen from NYU as arguing that journalism was supposed to be liberally biased. I was wrong. I realized later that I didn’t understand that journalism is supposed to portray reality.

“This thought was phrased memorably by Stephen Colbert as “reality has a well-known liberal bias” which is an oversimplification but is more accurate than the conservative journalist view which is that media should promote and serve conservative politicians.

“I also discovered as I rose through the right-wing media ranks that most conservative media figures have no journalism training or desire to fact-check their own side. I also saw so many people think that reporting of information negative to GOP politicians was biased, even if it was true.

“I eventually realized that most people who run right-dominated media outlets see it as their DUTY to be unfair and to favor Republicans because doing so would somehow counteract perceived liberal bias.”

Is it any wonder that Trump voters, particularly non-college educated white voters, see the world very differently than the rest of us? I had a friend tell me once that he lives in a “red world,” meaning he restricts himself to a diet of conservative information and doesn’t poison himself with information from sources he views as liberal. He admitted that he got his information from just two sources, one of which was FNC. It should be no surprise then that what he believed was happening in the election was completely wrong. And why those beliefs now lead him to believe that if Trump lost, there had to have been voter fraud. There may not be any proof of voter fraud, but if what he has believed for months is correct (obviously, it isn’t) what other explanation could there be?

So, where does that leave us? I understand that Trump voters have felt forgotten and abandoned for years. I understand the government has shafted them and the Republican Party has lied to them about who they should blame. I also understand that the news sources they have relied on have been lying to them for years, feeding them a steady diet of anti-liberal, anti-Democratic lies that have turned them into conservative zealots. Their misinformed views may have been self-inflicted, yet I empathize with them. It must be difficult to develop beliefs over several years only to find out that they are based on lies and misinformation. For many, it’s easier and less painful to maintain the misinformed beliefs than it is to learn the truth.