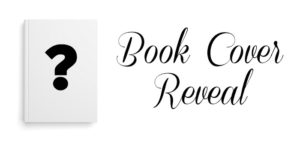 My book, Driven: A Novel was published in November 2017. The story takes place in Miami in the early 1980’s, just as the drug trade in South Florida was really taking off, and becoming much more dangerous. The main character, Alex Booth, dreams of becoming a professional race car driver, but he lacks the financial wherewithal to make a go of it. That is, until he’s offered the opportunity to fund his racing by smuggling drugs.

When I originally published the novel, I wanted a cover that represented the Miami lifestyle in the early 80’s with palm trees, lot’s of neon, “Miami Vice” fonts, and, of course, a race car. The book cover choices I was given weren’t the greatest, so I went with this one:

Even early on, I wasn’t crazy about the cover, but it came closest to checking all of the boxes I wanted. Since then, I have grown more and more unhappy with the cover. So, I’ve finally done something about it. I commissioned a new cover that isn’t nearly as gaudy as the first, but still let’s the reader know a little bit about the story. I think the new cover is more subtle and understated than the original, and does a better job of representing the story the reader can expect.

And without further ado, here’s the new cover:

Over the next week or so, I’ll be replacing the old cover with the new one on social media, as well as on both the print and ebook versions of the book. Also, in a day or two, keep an eye out for an update on my latest work in progress. And, as always, thanks for following along.