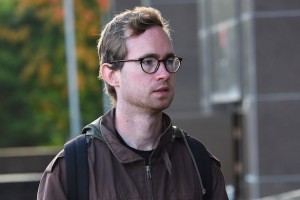 Richard Brittain (left) is a 28 year old writer from England. He is the author of several books, including his most recent release, The World Rose. According to the book’s description on Amazon, The World Rose is:

“An epic fairytale romance set in a semi-fictional ancient world, containing elements of action, adventure, poetry and comedy. The title has a triple meaning: the central character is a renowned beauty – ‘the rose of the world’ – while the rose flower features heavily in the plot, and it also implies that the world rose up. When Ronwind Drake discovers treasures in a distant paradise, a new golden age seems set to begin, but Ella Tundra will find that all which glitters is not gold as she faces many obstacles in her quest for true love.”

Brittain’s book currently has thirty-three reviews, thirty of which are of the one-star variety.

Paige Rolland is a teenager in Scotland who enjoys reading fairytales and fantasy novels. She read The World Rose, and didn’t like it very much. She gave it a one-star review, saying in part:

“As a reader, I’m bored out of my skull and severely disappointed in what I might have paid for. As a writer (albeit an amateur one) I’m appalled that anyone would think this was worthy of money.

“Not only does it begin with ‘once upon a time’ which you could argue is perfect as this is a fairytale (and it doesn’t work, it’s incredibly pretentious), but it’s filled with many writing no-nos. Way too much telling, pretentious prose, and a main character that I already hate. Ella is the perfect princess (true to fairytales, so we can at least give him a little credit despite how painfully annoying this is coupled with a complete lack of real personality shining through).”

Not exactly high praise from Rolland. The young Scot went on to say that Brittain had a bit of a reputation on Wattpad (where he posted part of his book) for threatening reviewers who didn’t like his writing. “Pray for me,” she wrote in her review, an apparent joke.

Brittain didn’t take kindly to Rolland’s review. As any reasonable, level-headed author would do, Brittain tracked Rolland down on Facebook, and found out that the teen worked at an Asda Supermarket. He traveled from his home in London to Scotland, sneaked up behind her as she stocked shelves at the local Scottish grocer, and bopped her on the noggin with a wine bottle. The bottle shattered, and Rolland was rendered unconscious, a gash on her head.

As you might imagine, even in Scotland, the police frown upon such behavior. Brittain was arrested, and eventually pled guilty to assault. Although the linked story doesn’t say, I can only assume that Rolland is fine and is back to writing scathing, yet unfailingly accurate, book reviews.

I share this story as a way of giving my word that if anyone writes a bad review of one of my books, I promise to refrain from any acts of physical violence. In fact, I’ll go a bit further. I won’t even argue with you or yell at you. The most I will do is thank you for the time you took to read the book and write your review. You have my word.

So don’t be afraid. Review away. If you’ve read Tierra del Fuego or Lake of the Falls, please leave a review (even a bad one) on Amazon. You’ll not only have my eternal gratitude, but also my solemn oath that no harm will come to you, even if you say you were bored out of your skull.