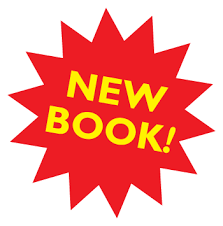 Just a quick post to give you an update on my next book. It’s tentative title is The Ones That Got Away and it’s about a guy who’s stuck in an unhappy marriage. He thinks he married the wrong woman and, through a little bit of time travel, he gets the chance to build a life with each of his previous three serious girlfriends (i.e., the ones that got away).

The novel was supposed to be done by the end of March 2019, but I had a computer snafu and ended up losing the entire book. At that point, I had written about 40% of the first draft. So, when I lost it, I had to start again from scratch. It wasn’t fun to lose all that hard work, but honestly, I think it was for the best. It gave me a chance to rethink parts of the plot, and as a result, I think it’s going to be a much better book.

At this point, I’m thirty days or less away from completing the first draft. Once that’s done, it will take me a month or two to revise the manuscript, then it will go to my editor, who will give me even more work to do. My goal at this point is to have The Ones That Got Away ready for publication by the end of October.

Thanks for following along. I appreciate your support.