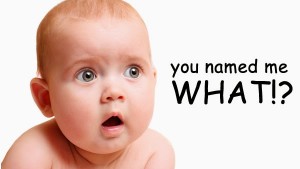 Where do stories come from? That’s a question authors are often asked, and I’m not sure anyone has ever come up with a good answer for it. A question I was recently asked is in that same vein. I was talking to a friend, and he asked, “Why Tierra del Fuego?”

“What do you mean?” I asked

“Where did you come up with that name? You don’t speak Spanish. The main character isn’t Spanish. What does it even mean?”

“It means ‘land of fire,” I said. “I called it that because much of the story—maybe the most important part—takes place in the Tierra del Fuego province of Argentina.”

“Do you think anyone will know that before they read the book?”

It’s a fair question. Maybe I should have come up with a different, less obscure, title. I chose Tierra del Fuego during the very earliest draft of the story, and it just stuck. But from the beginning, I liked the title.

When my friend asked me the question “Why Tierra del Fuego?” I became curious. So I hopped on Amazon to see if there were any other books by the same name. If there were, I wanted to see what those books were about.  As it turns out, I’m not the only one who thought Tierra del Fuego was a good book title.

In 2000, the Argentine novelist and human rights activist Sylvia Iparraguirre published a novel entitled Tierra del Fuego. I had never heard of Iparraguire or her book before doing this research, but I learned that her version of Tierra del Fuego won the Sor Juana Inés de la Cruz Prize, which is an annual award given to women authors writing in Spanish. The award carries with it a prize of 100,000 pesos, which I believe is equivalent to $38.17 (That’s a joke. In today’s dollars, it is worth $5903.76). The book also received the Best Book of the Year Award at the Buenos Aires Book Fair (I should be so lucky).

Iparraguire’s Tierra del Fuego is a fictionalized version of the true story of Jemmy Button, a Yamana Indian, who was abducted from his home by Robert Fitzroy, captain of the HMS Beagle. In the book, Fitzroy takes Button back to England in an attempt to “civilize” him, and then returns him to Argentina as a “bearer of enlightenment.” I’m not familiar with the story, but it apparently doesn’t end well.

Another book entitled Tierra del Fuego was written by Francisco Coloane Cardenas, a well-known and well-respected Chilean novelist and short story writer. The book is a collection of short stories involving shipwrecks and other hardships that all take place in and around the archipelago of Tierra del Fuego (not to be confused with the province in Argentina).

The final entry in the “Tierra del Fuego Sweepstakes” (there actually is no sweepstakes) is a book by Peter Lourie (not Peter Lorre) that is a short history and travelogue of the island of Tierra del Fuego (as opposed to the province or archipelago). The book is very short (only 48 pages), contains mostly photos, and is intended for an audience of fourth to seventh grade students. I’m hoping people don’t get my book mixed up with Lourie’s. Fourth graders should not be reading my book, and there are no pictures.

If you decide to purchase my Tierra del Fuego, don’t get it confused with these other books. Rather than reading the story of a man struggling to deal with his emotions after the death of his wife, you may end up reading about a kidnapped Yamana Indian, stories of shipwrecks in the frigid waters of the South Pacific Ocean, or just looking at pretty pictures of a remote island. Choose wisely.